So after months of back and forthing, in late October we completed on our brand new property. We sold up our gorgeous Art Deco flat and moved into a 4 bed, midcentury detached property in pure suburbia.

I wanted to make sure I keep track of everything we do here as it’s only just been a month but it already feels like a year!

I’m gonna keep this series fairly short and sweet because:

a) my brain is fried from running the business, raising 2 kids (did I mention our youngest is only 6 months old? Oh and cutting her first teeth, eek) AND renovating the house and

b) I have barely any time to write these based on the above.

So let’s take you through the highlights.

Firstly, we moved in YAY! 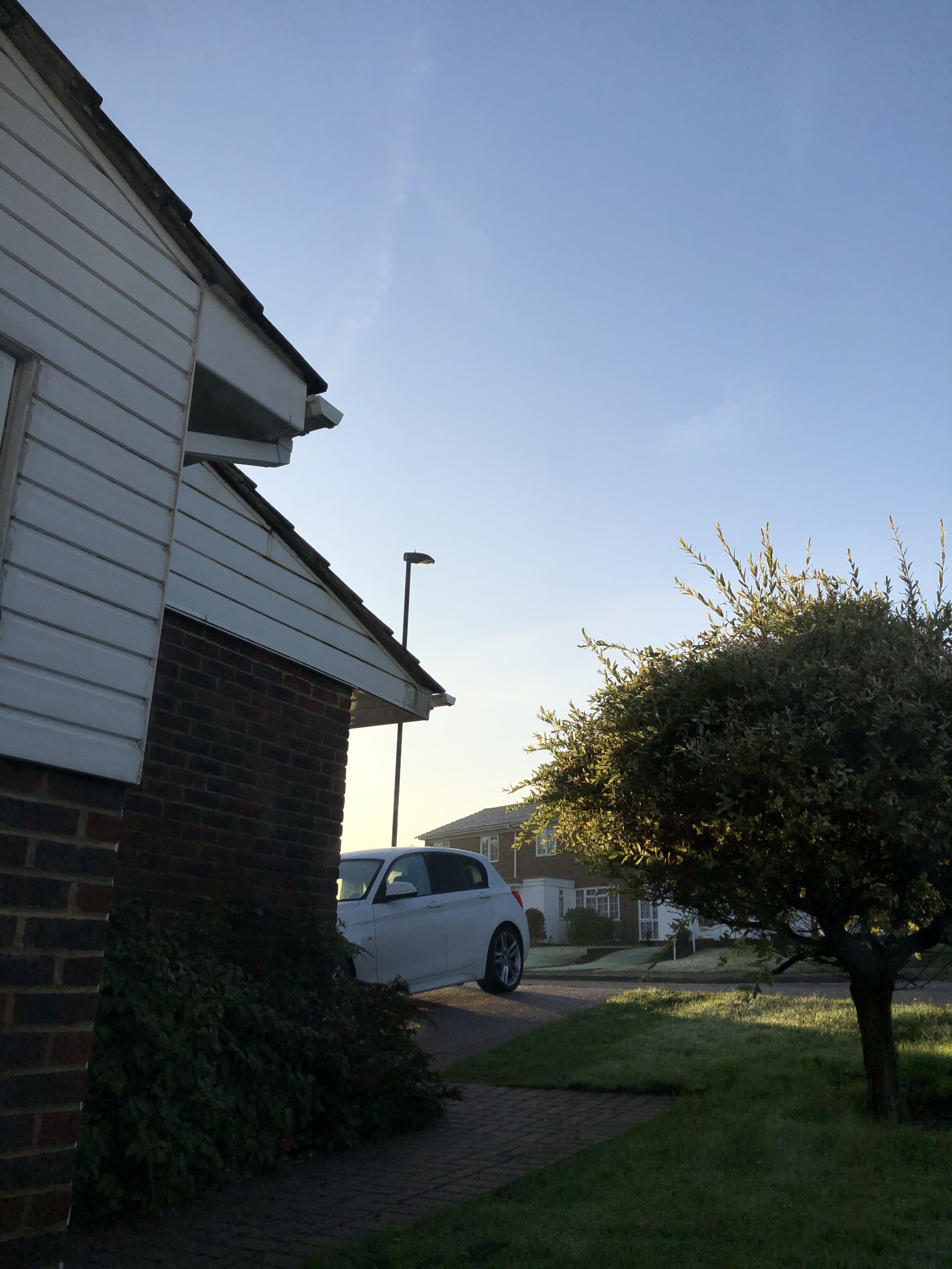 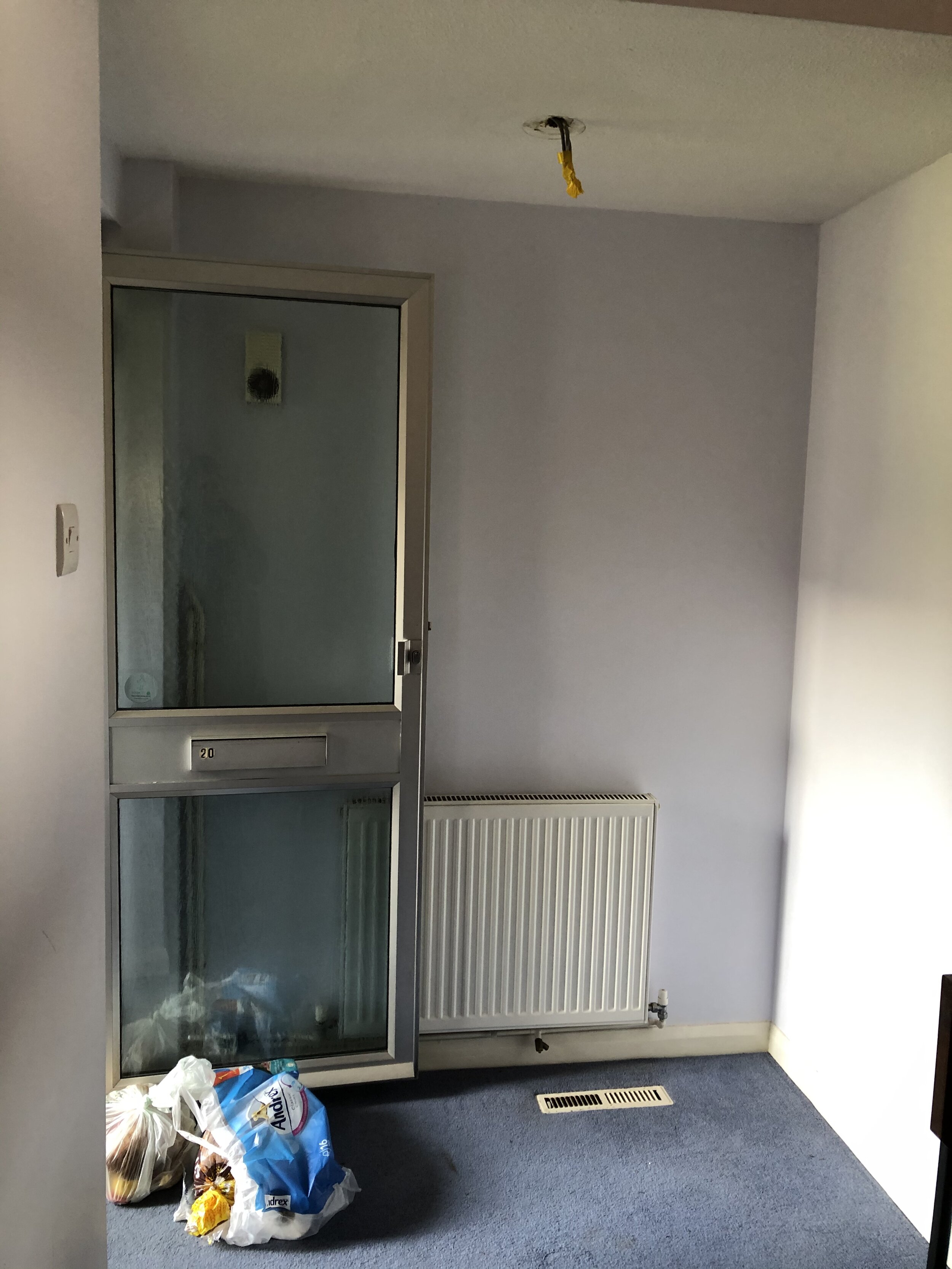 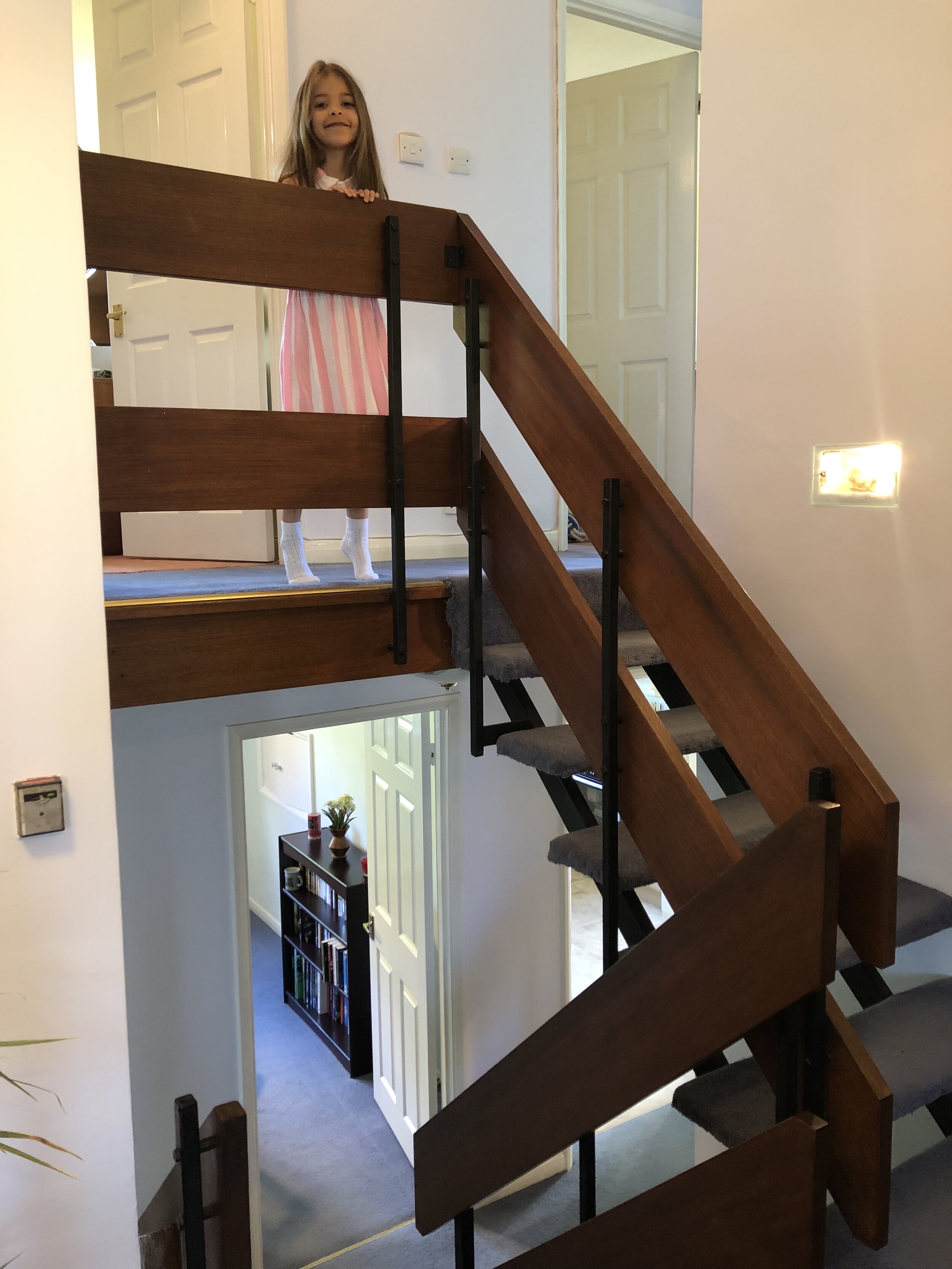 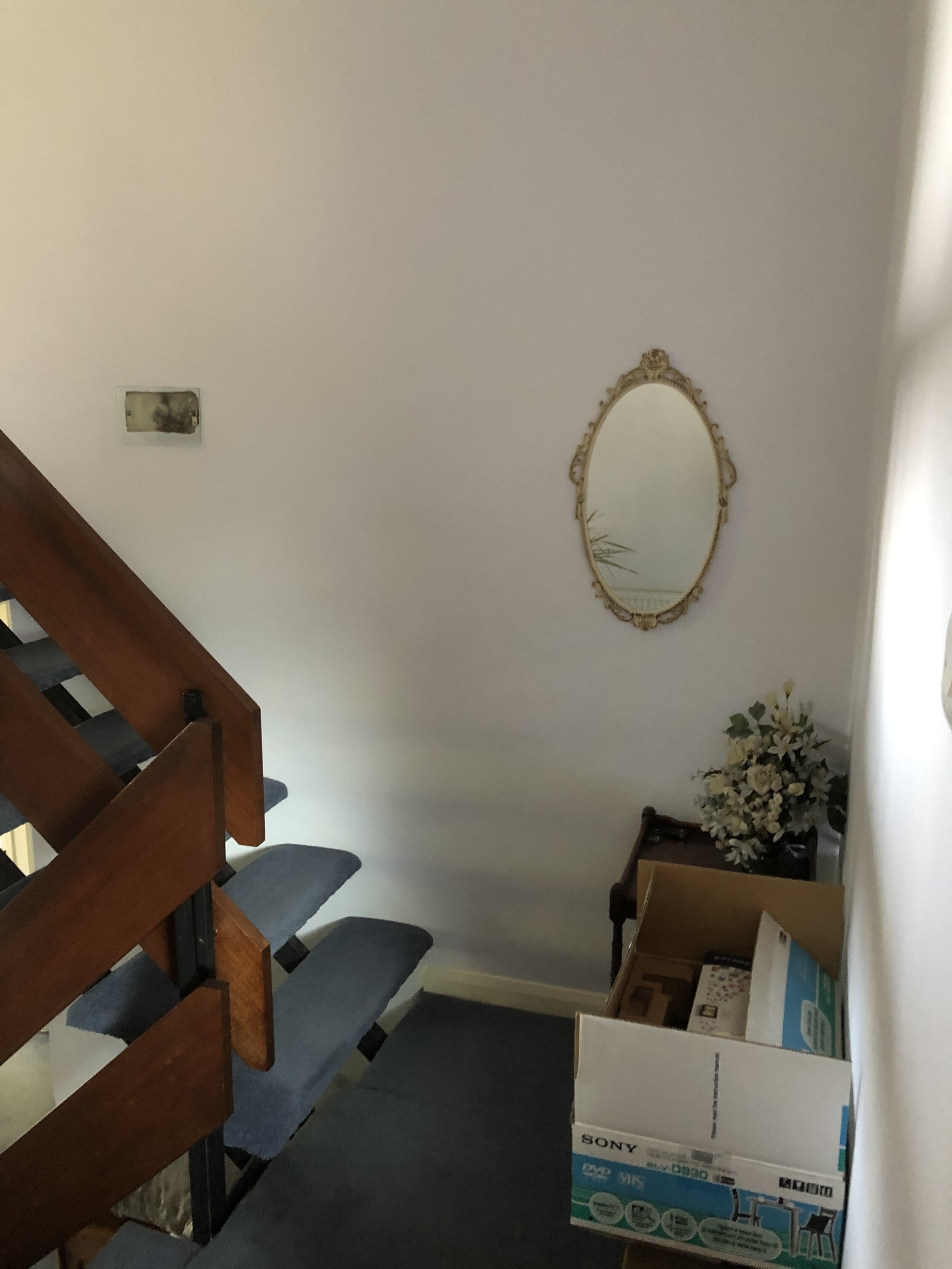 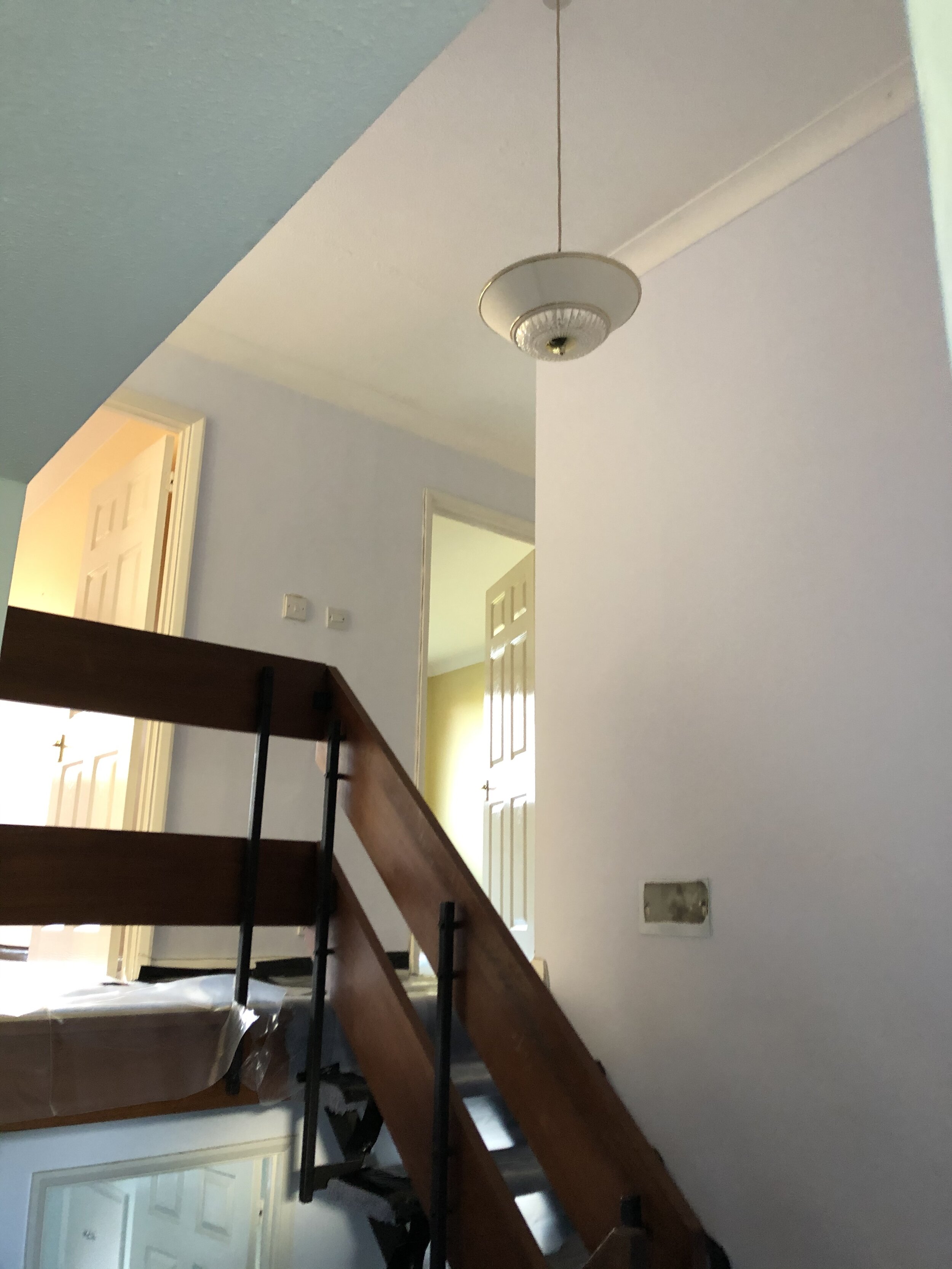 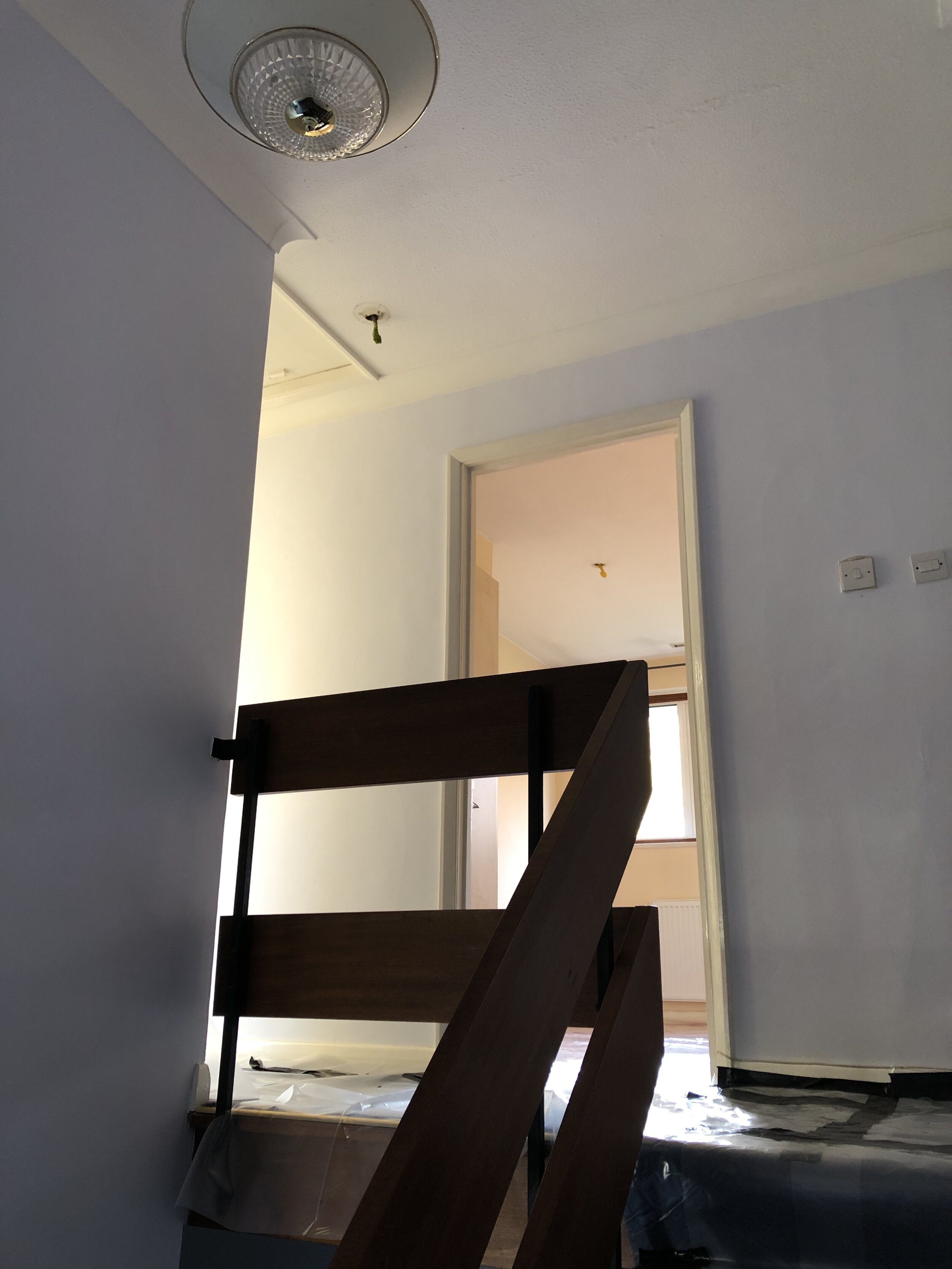 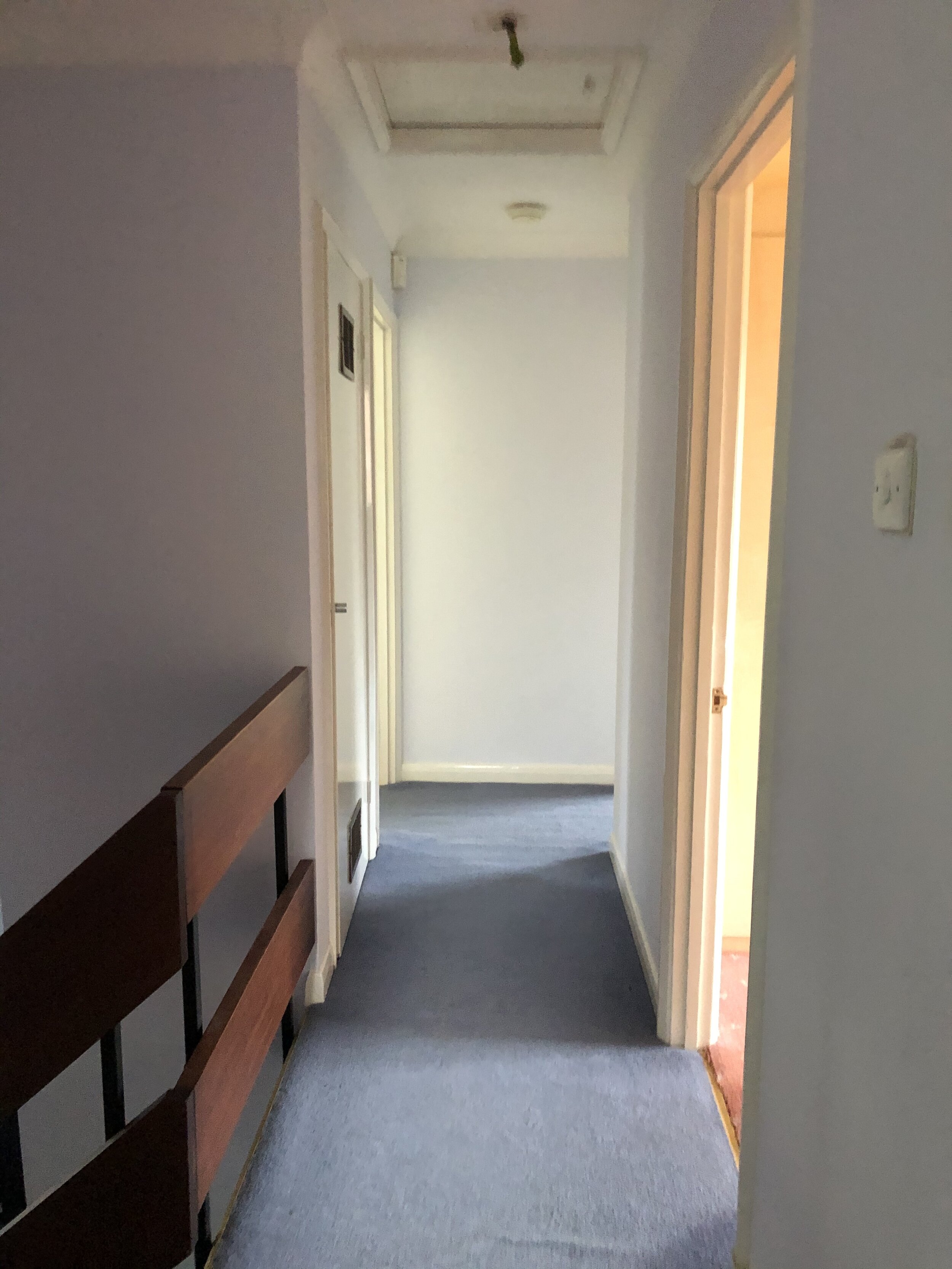 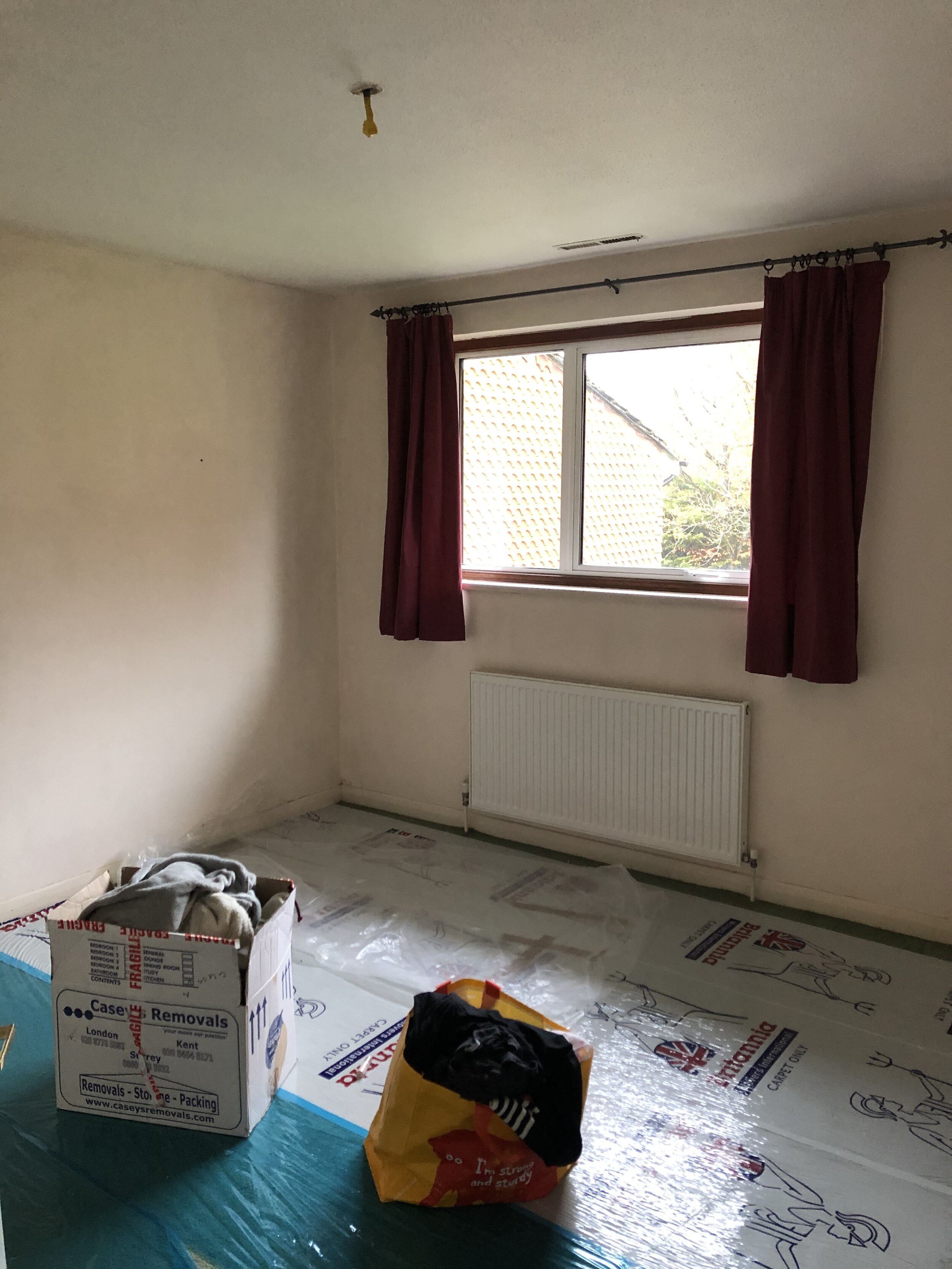 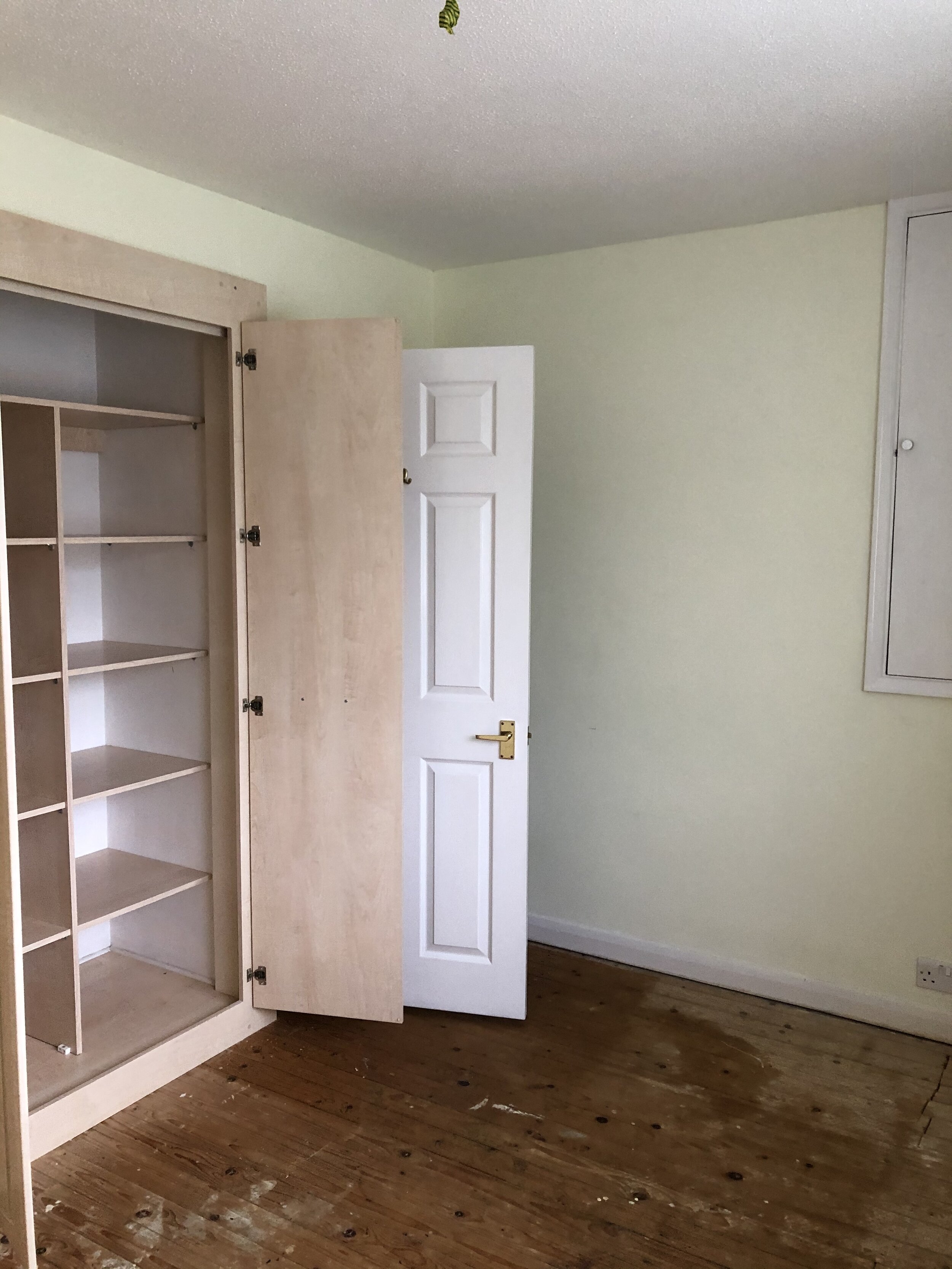 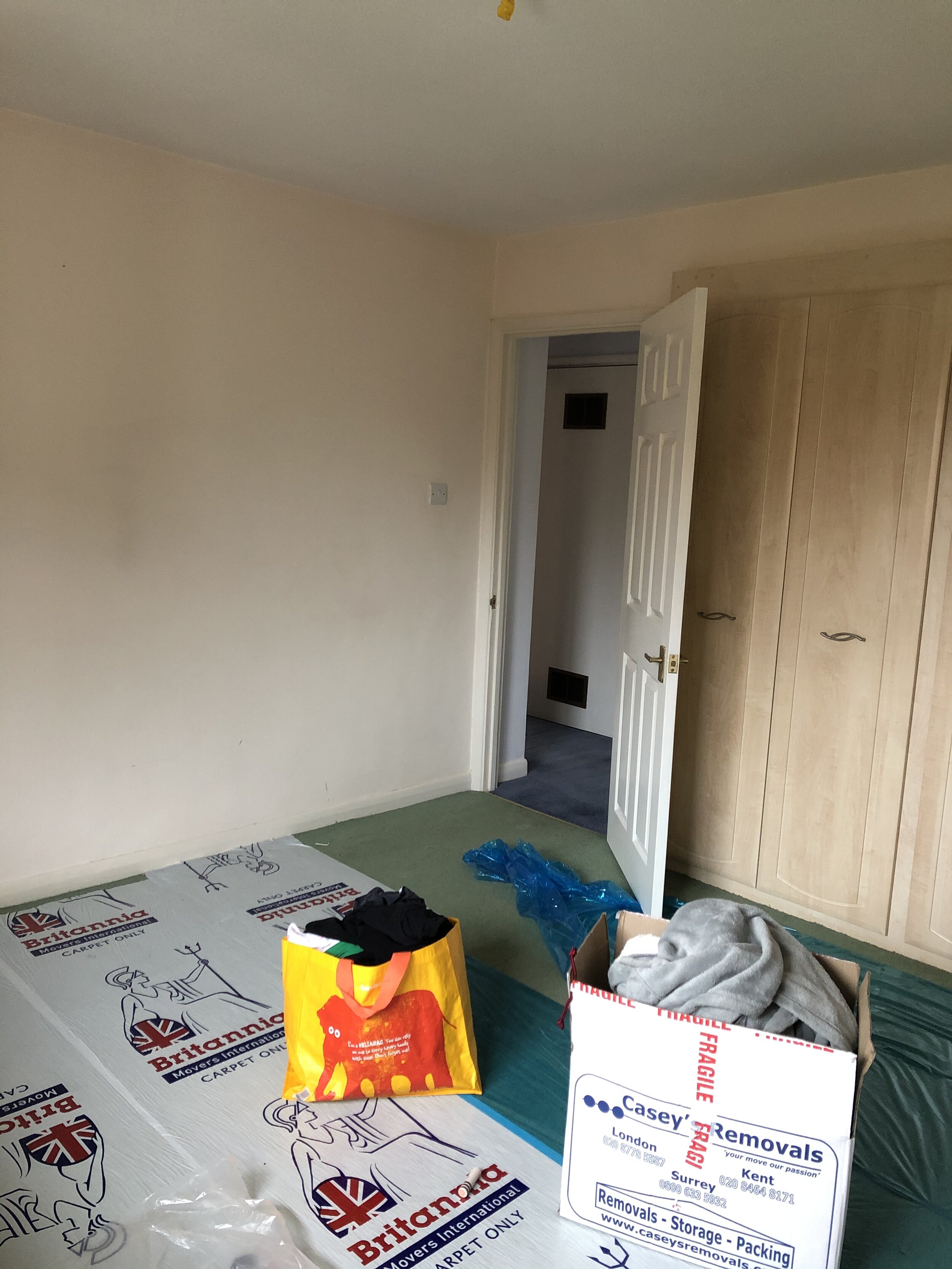 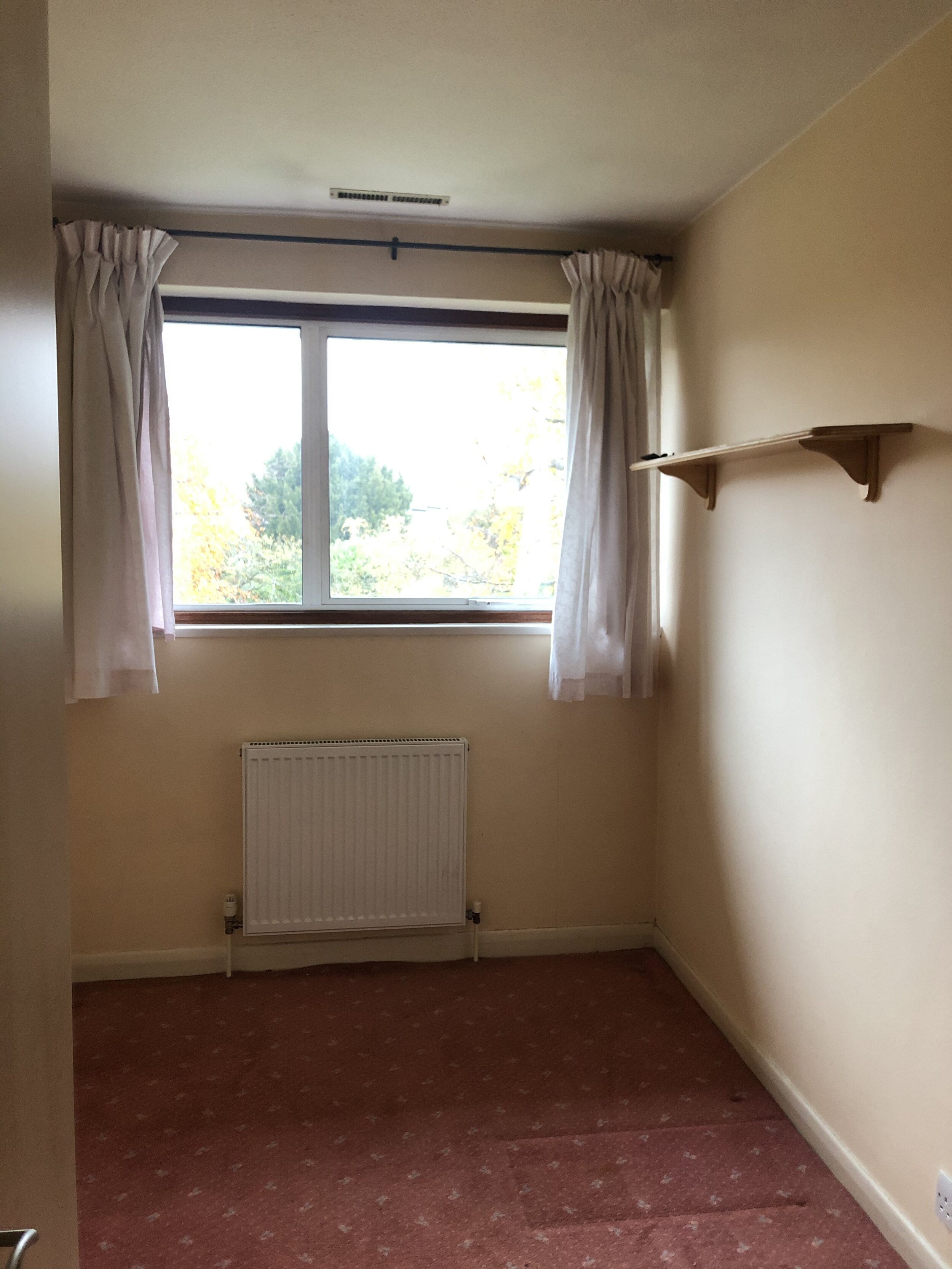 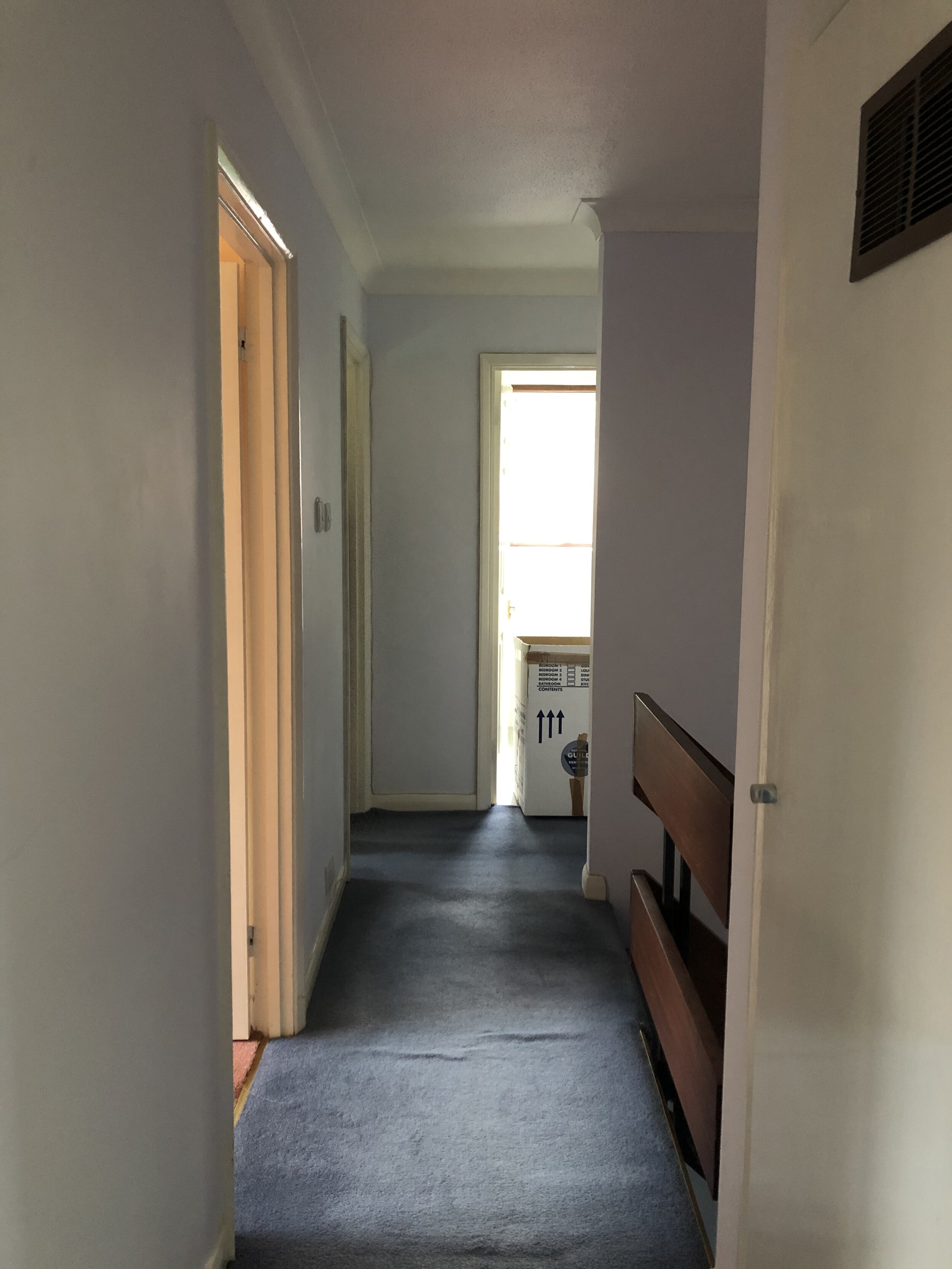 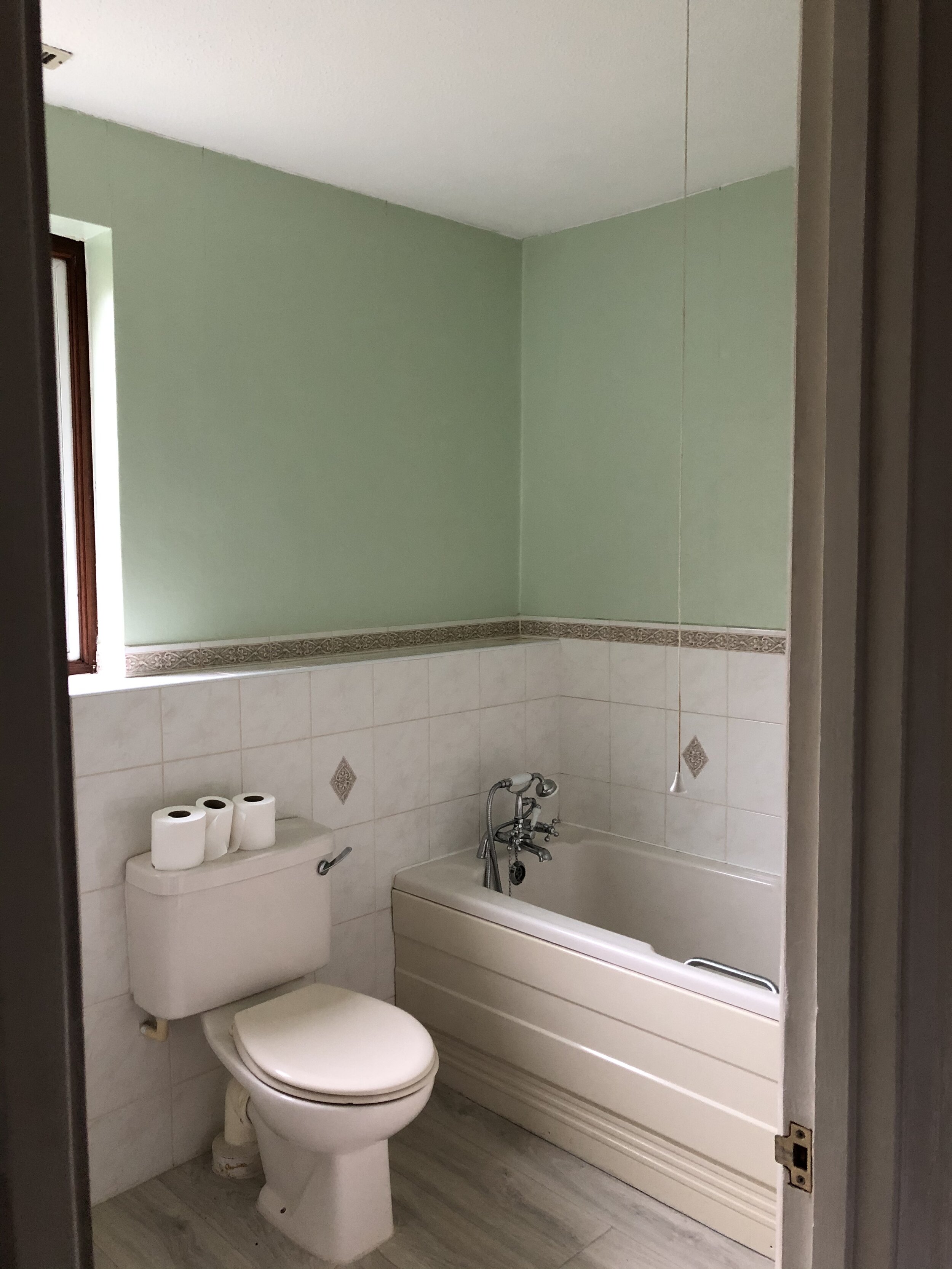 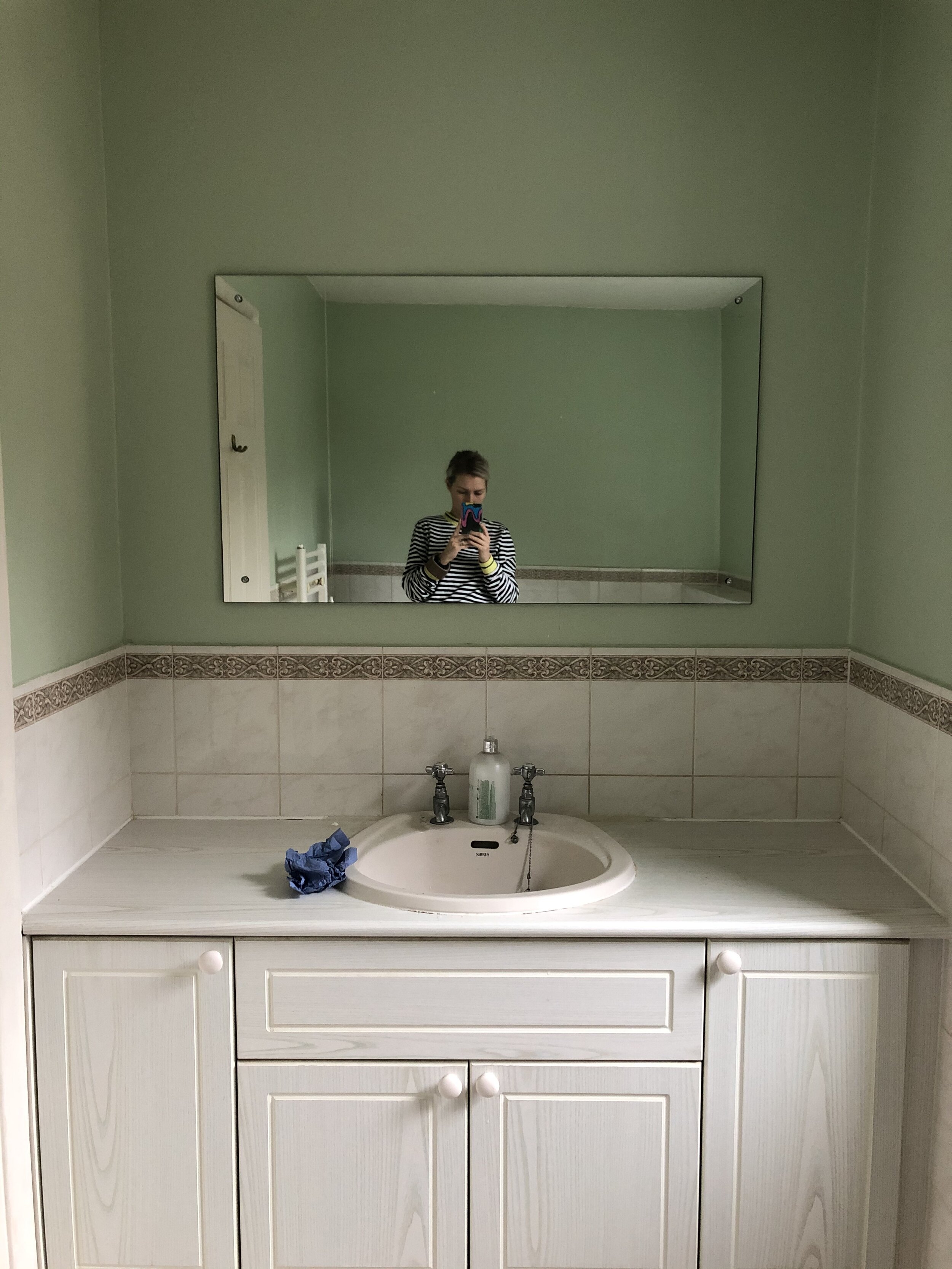 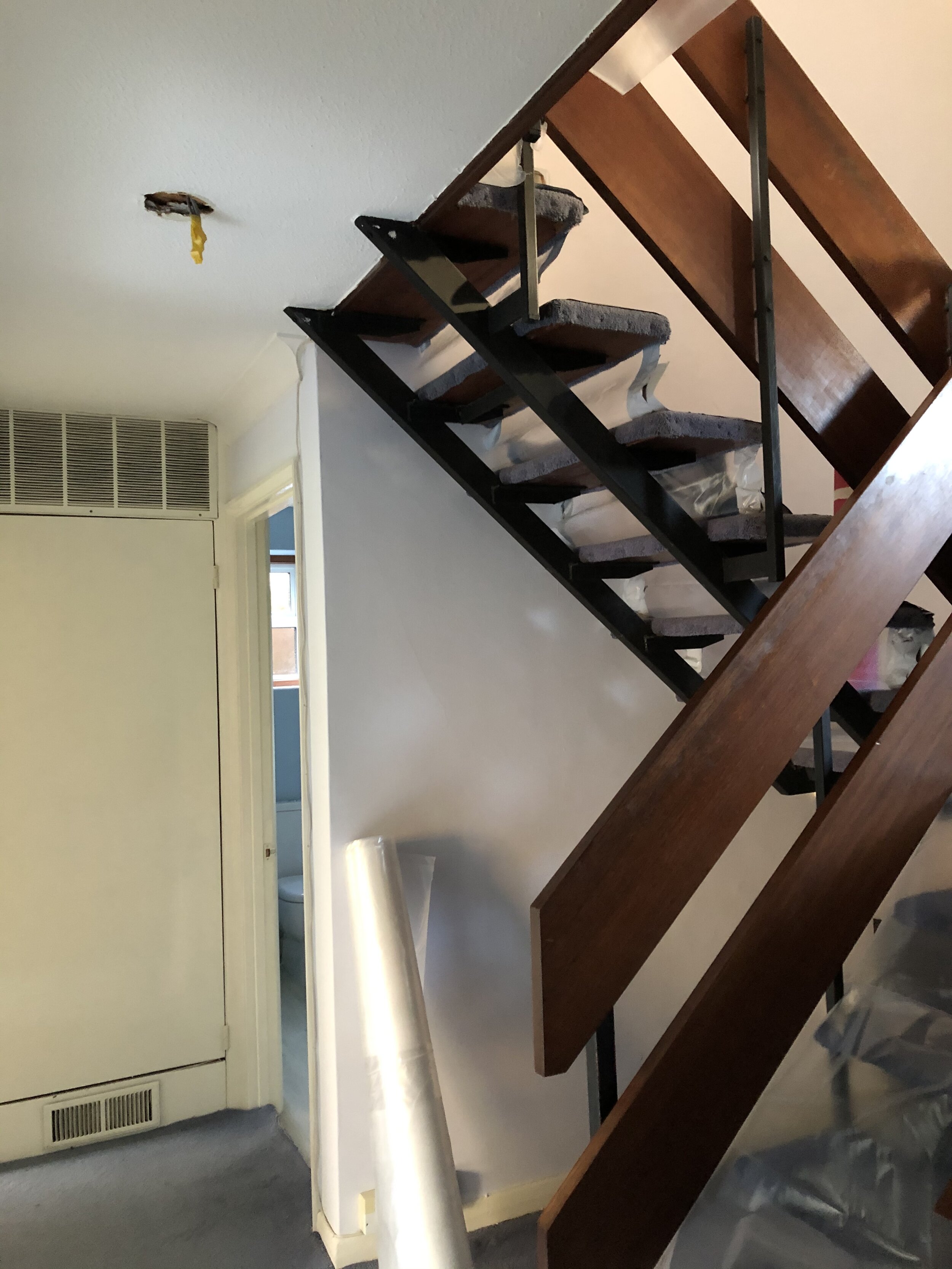 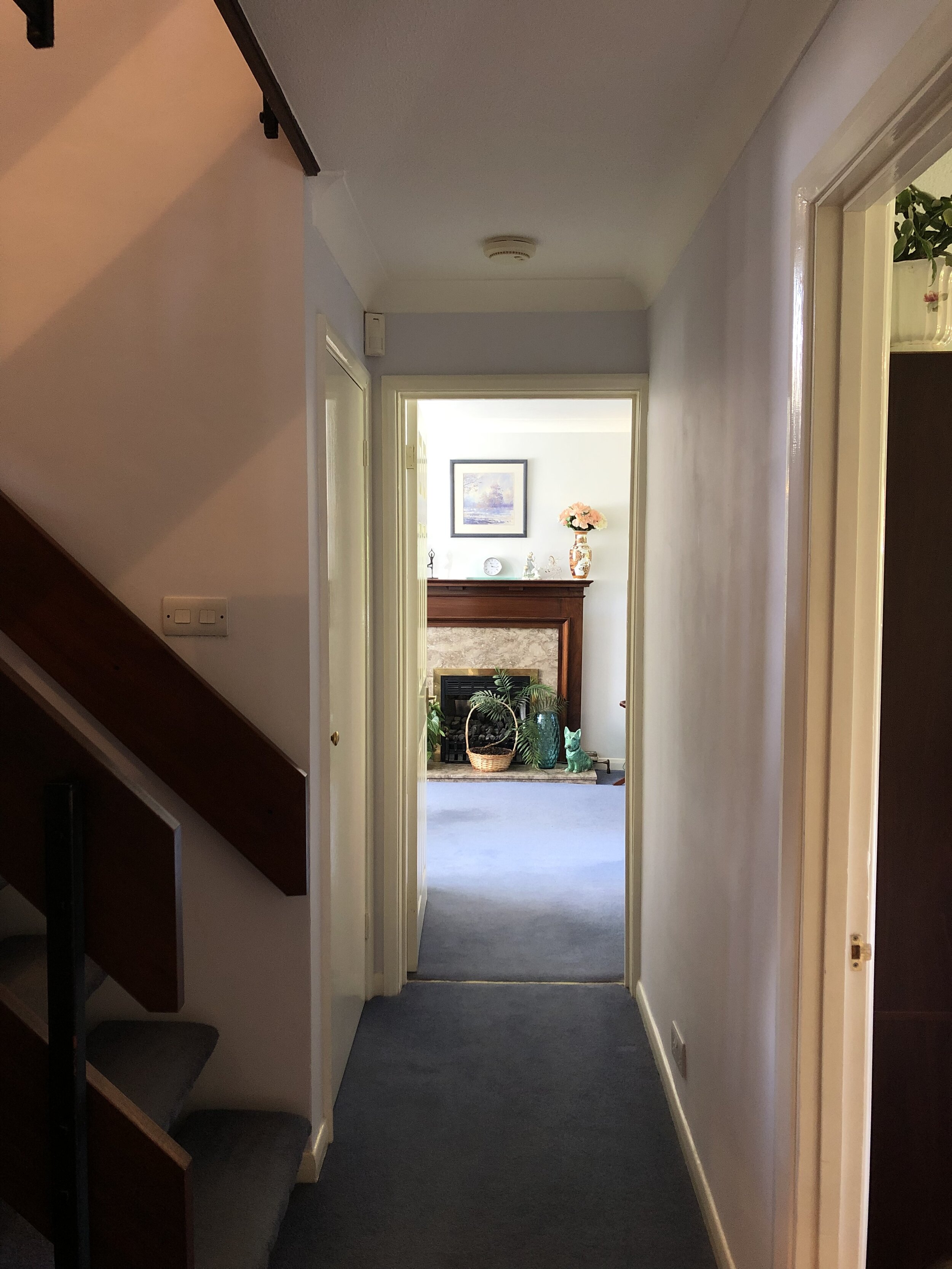 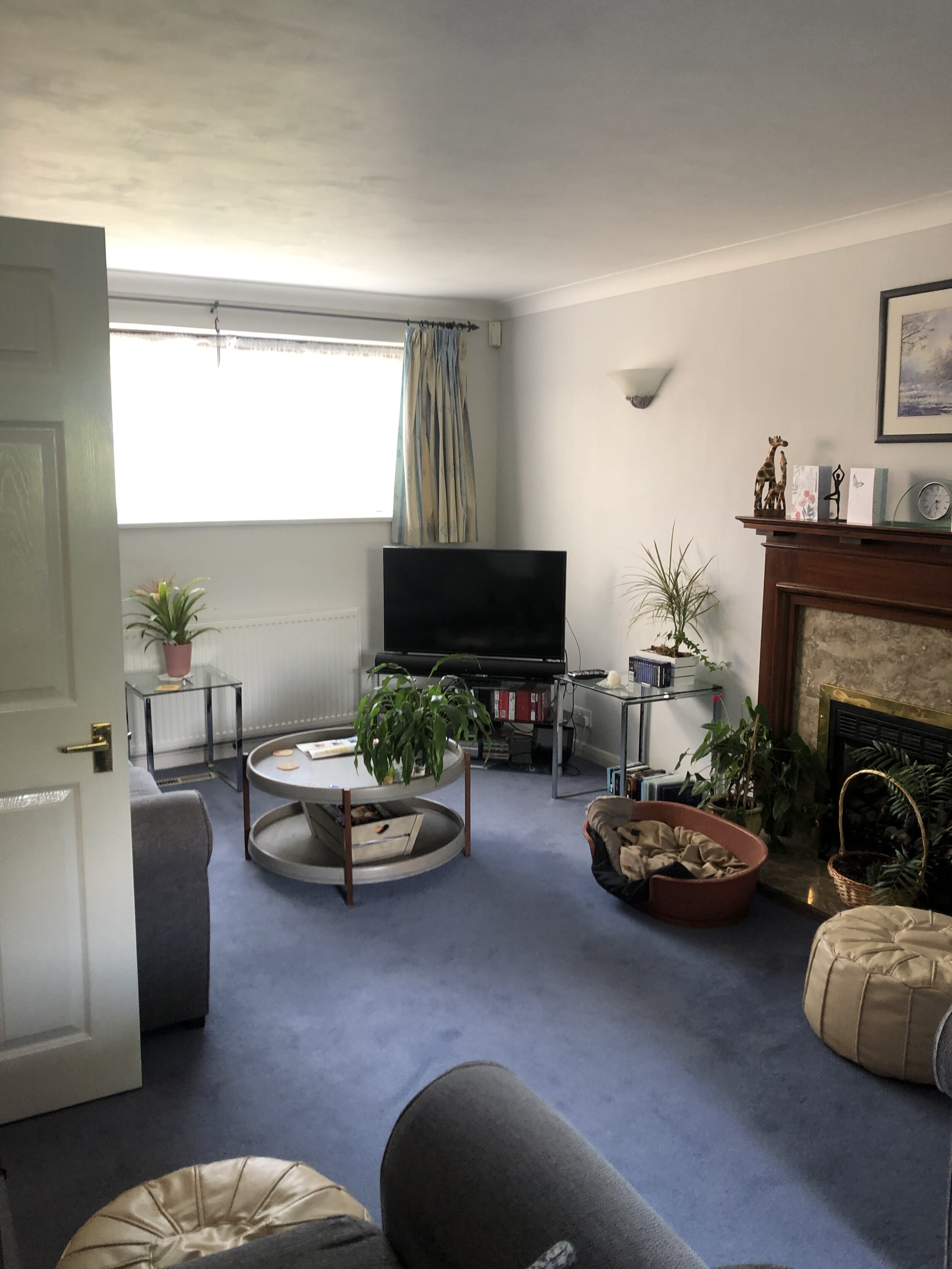 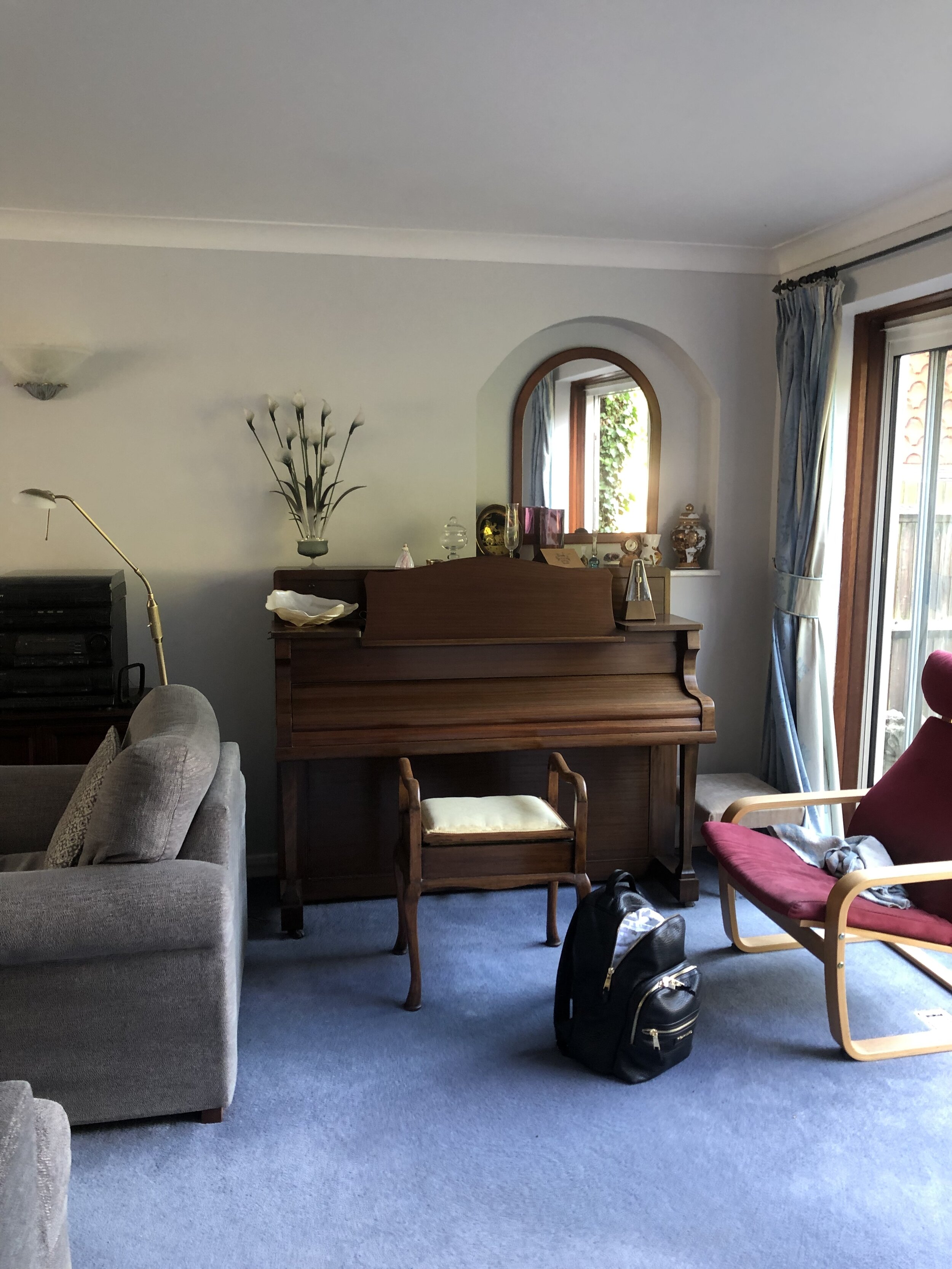 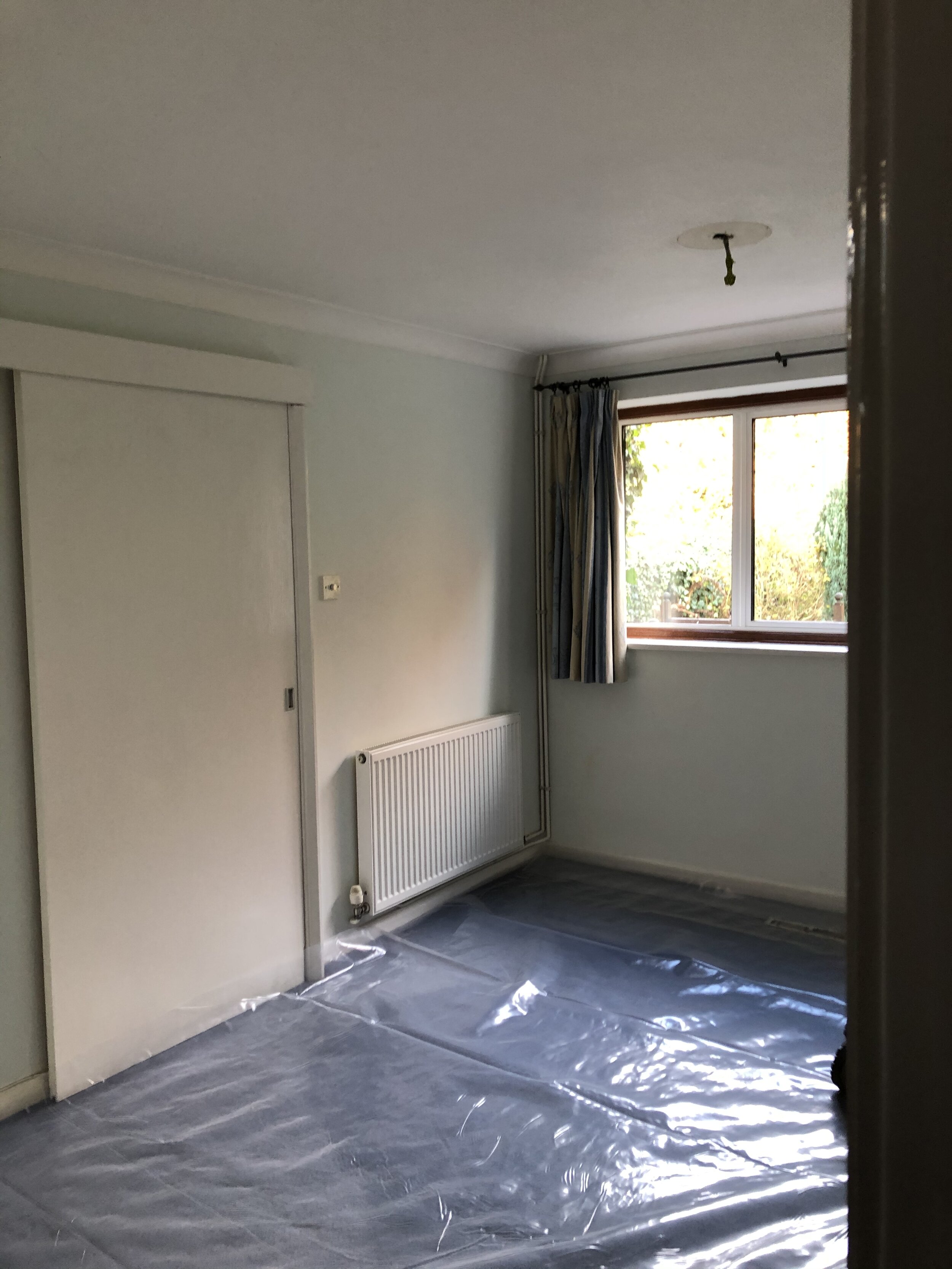 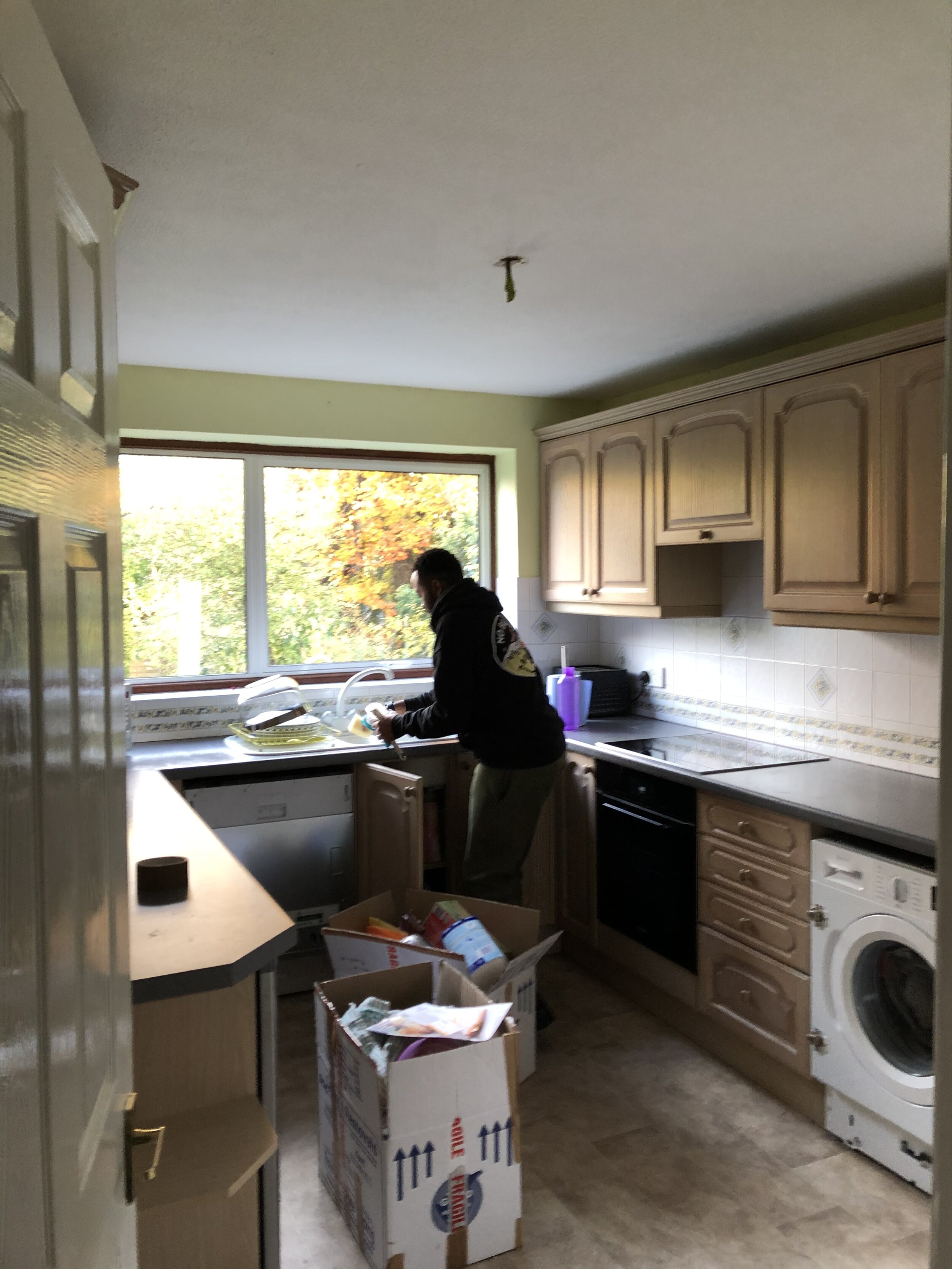 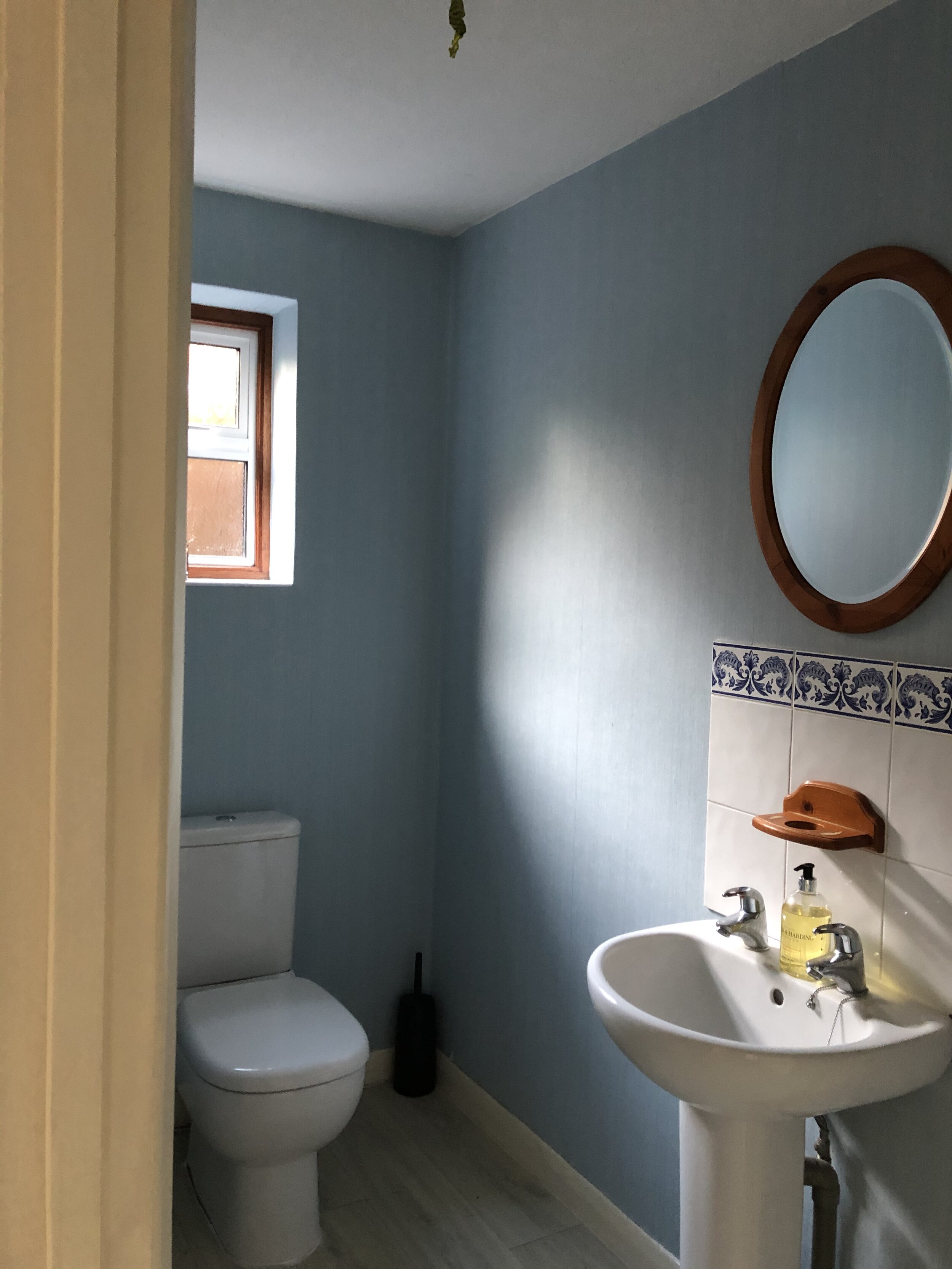 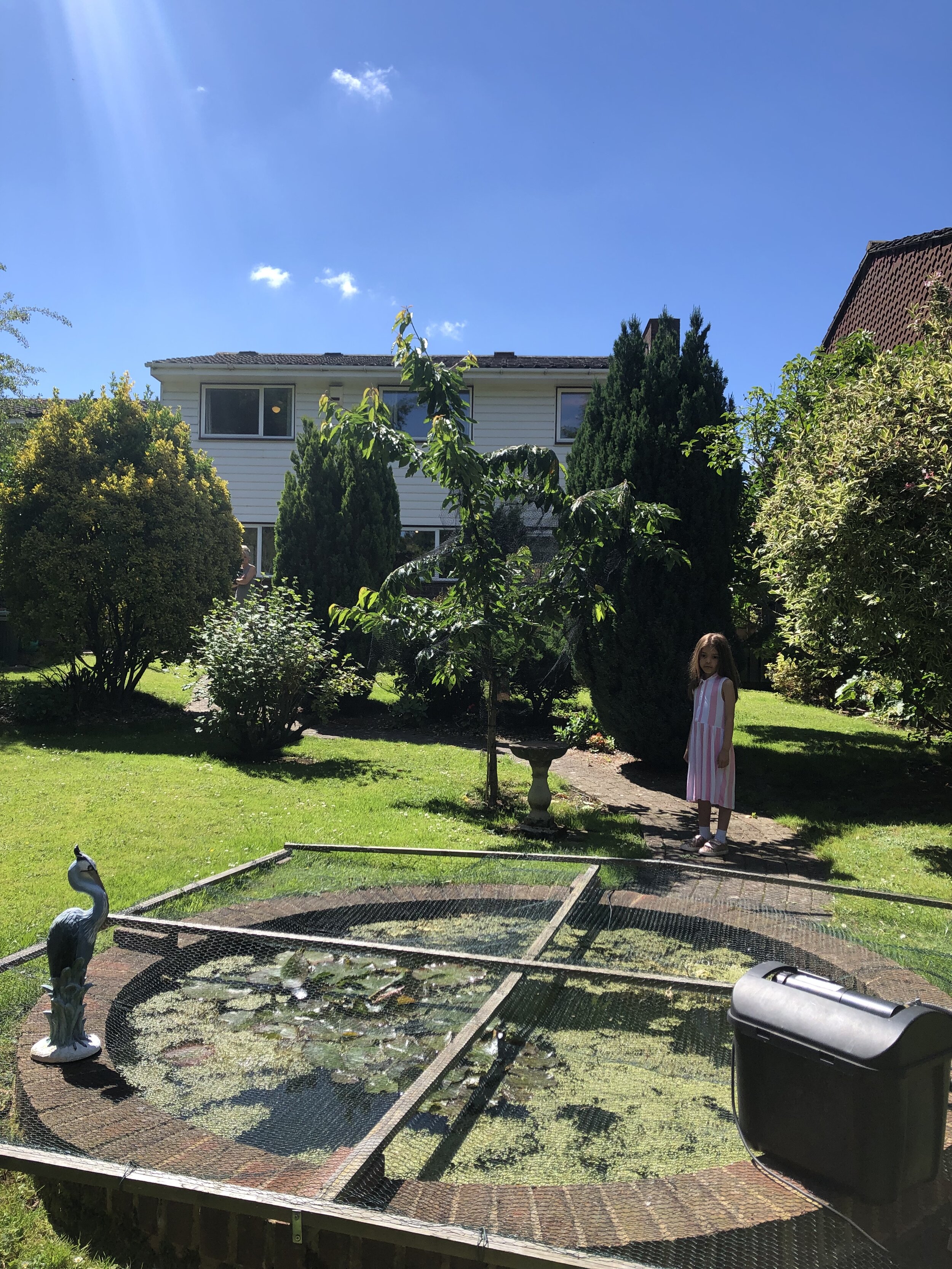 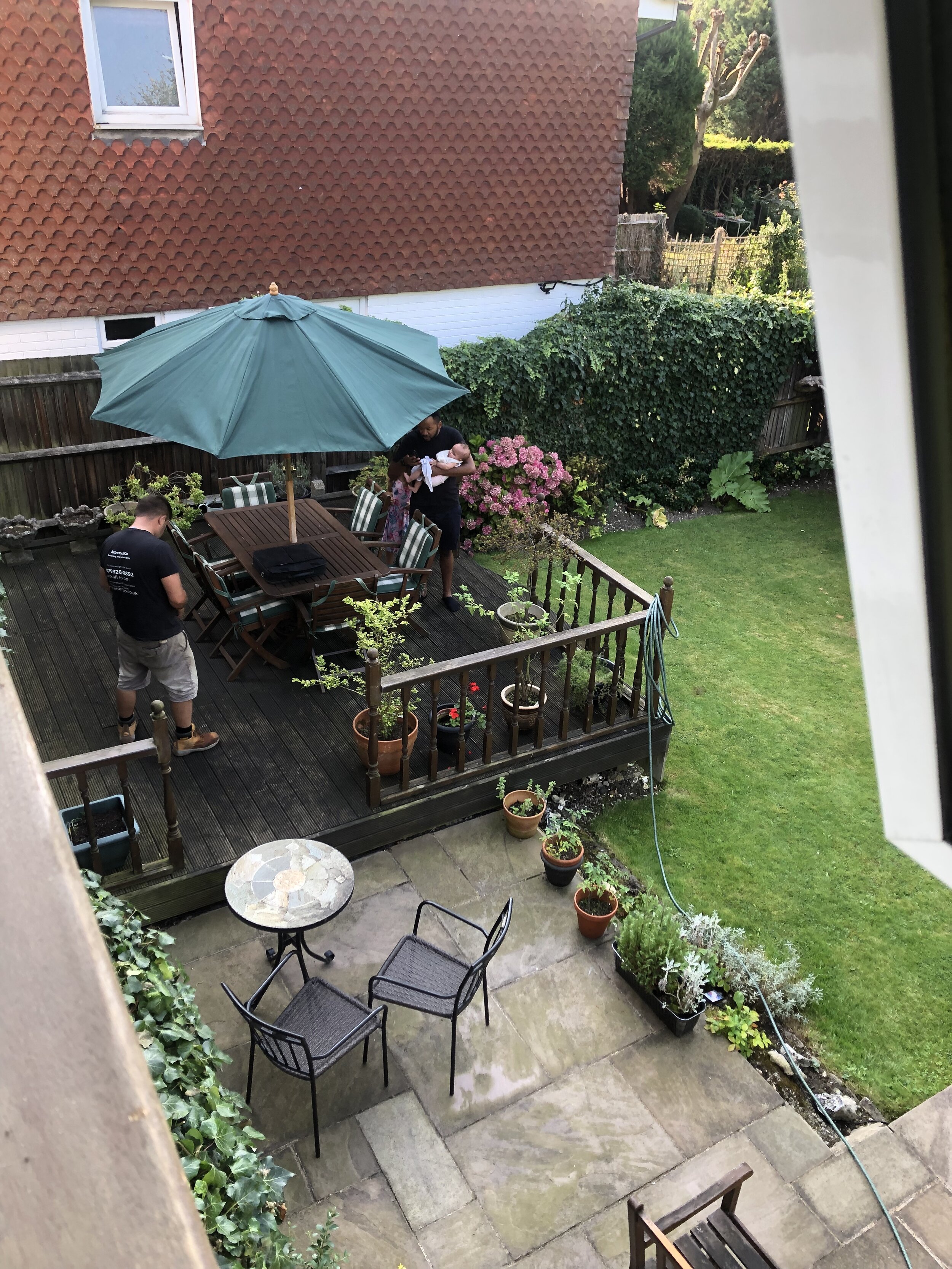 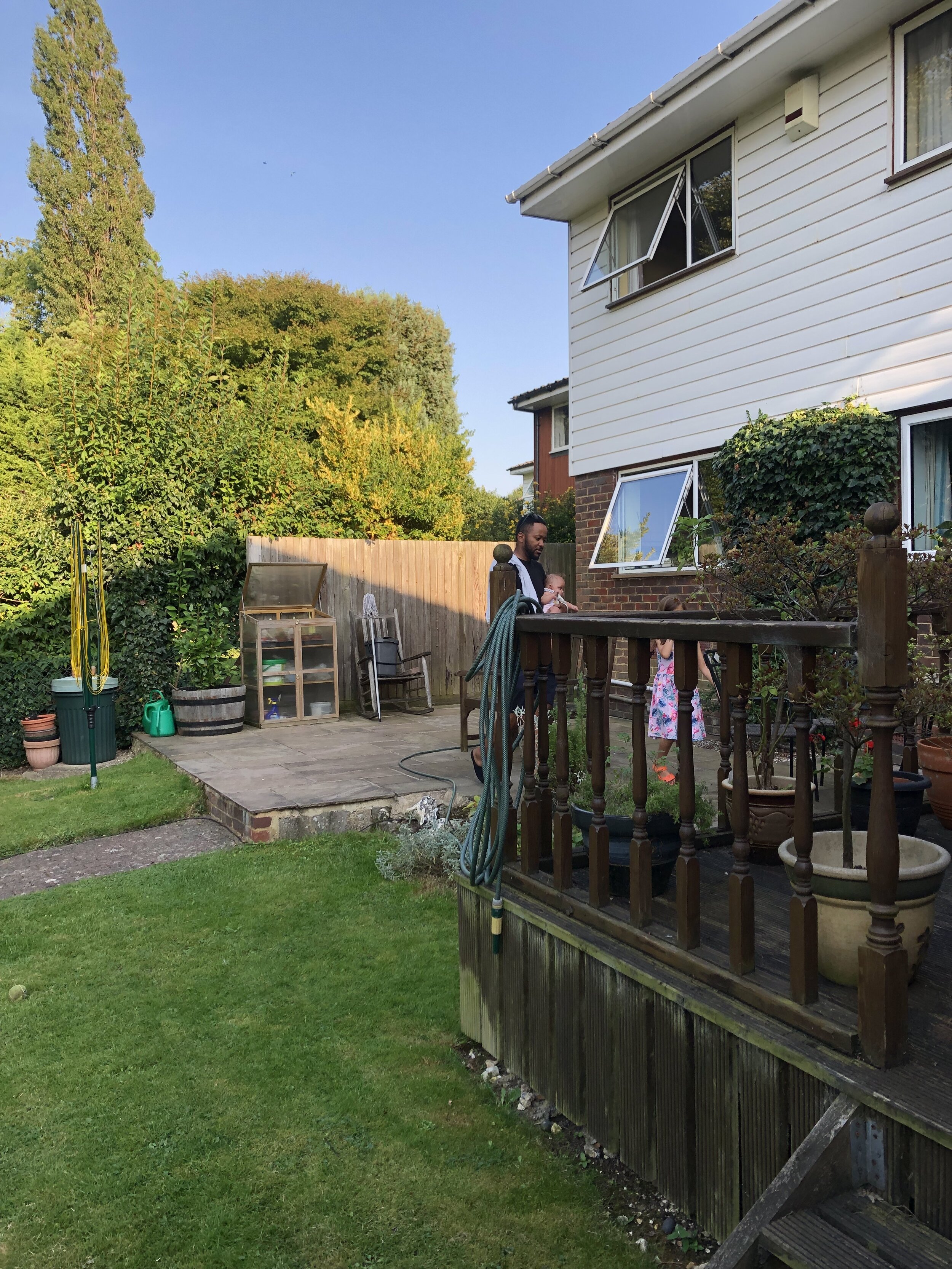 Well not properly anyway. So we live out of suitcases.

Why can’t we unpack? Because we have Artex all over every single ceiling bar one, I’m talking even inside airing cupboards, and it all contains the very deadly ASBESTOS.

Now yeah, of course we could have just skimmed over it but we know that in the future we’re gonna be playing with moving walls and stuff like that so we just wanted to do it properly. Our motto with this house, being that it’s much bigger project and much more long term is ‘do it once, do it properly, do it to the best of the best.’

So that meant getting a full team to rip out and dispose of all the asbestos ceilings and then completely redo them. I’ll get to this happening in a minute..

for anyone who will ask - we knew we had asbestos because it was raised in our homebuyers survey as a suspicion, so we had it tested and it was positive.

So we moved in for two weeks.

In those two weeks we:

After those two weeks we had to move out for the asbestos work to be done.

During what we will dub ‘asbestos week’ we moved into a room at my mums house. All four of us. That was interesting! Especially when she had clients in the evenings and we had to keep two kids quiet! Nah in fairness it was all good, my mum is a champ and we managed to survive without any alpha female power struggles over cooking. Well maybe one time over cumin but we will leave that for another day..

We also forgot that behind plasterboard there is insulation. Which all fell out because it was so old when they removed the Artex ceilings. So Jason (bless him) had to go and buy some and do it all himself in between the plastering guys coming.

Side note - why do tradesmen love to starts a job at like 7.30?! What kind of humans want to start their work day at 730?

Today we moved back in. I think I slightly underestimated quite how much work there is to do. EEEEK.

We sorted the playroom by pulling up the carpet and cleaning the FUCKING AMAZING PARQUET FLOOR that is underneath. Original babes.

Then we put our mattress, Marleys mattress and a travel cot up for Mia. We can’t move properly back into our bedroom yet because tomorrow we have the decorators coming to ‘mist coat’ all the new plaster work. This is where they do some kind of layer to.. I don’t know but it’s necessary apparently. Yes we could do it ourselves but I will refer you back to point a+b I made at the start of this blog.

To do this they have to ‘lightly sand’ all the plastering which means more bloody dust and also not point in unpacking as things will get covered in said dust.

What I have learnt in the first month of renovating is the following. 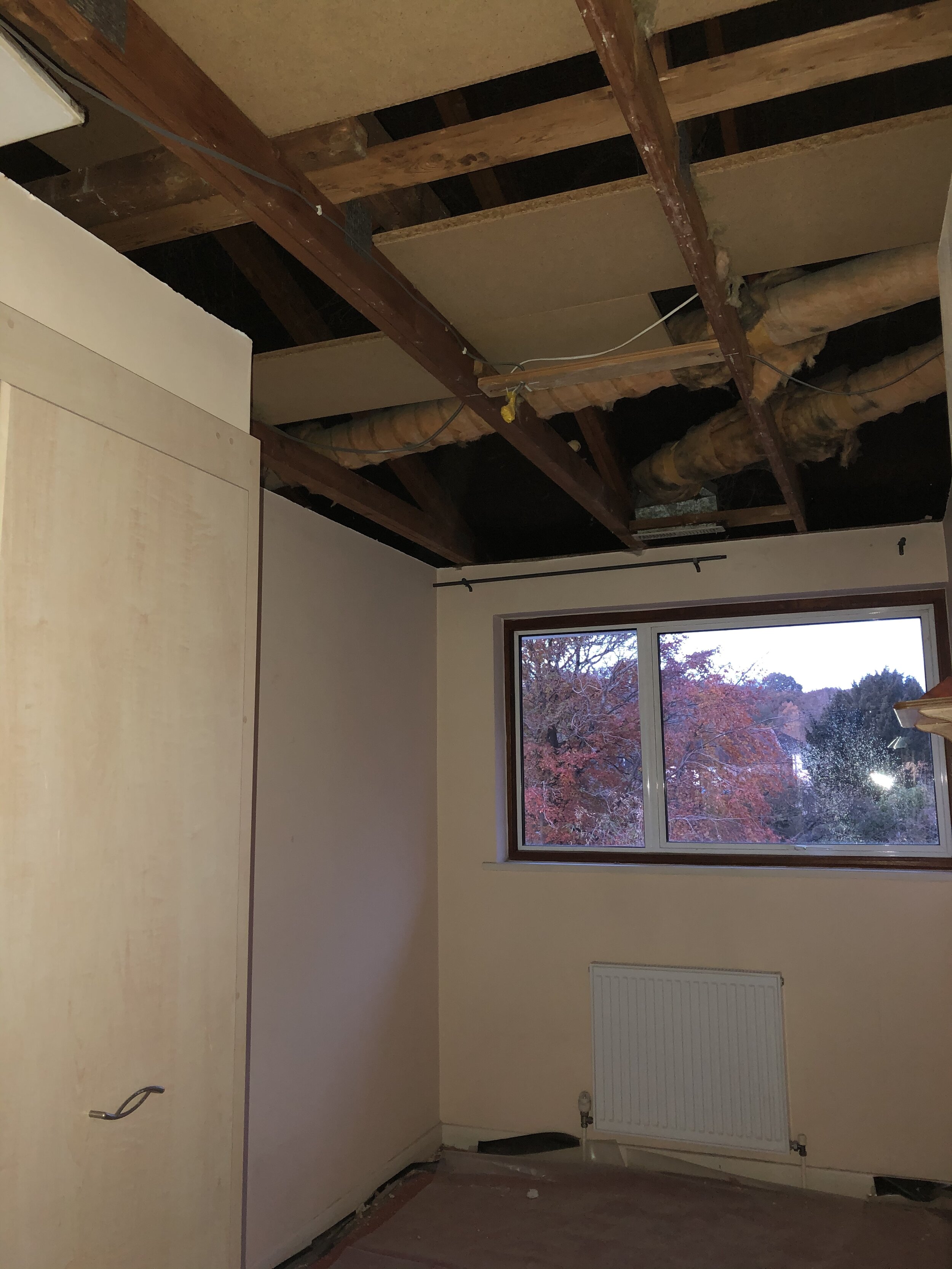 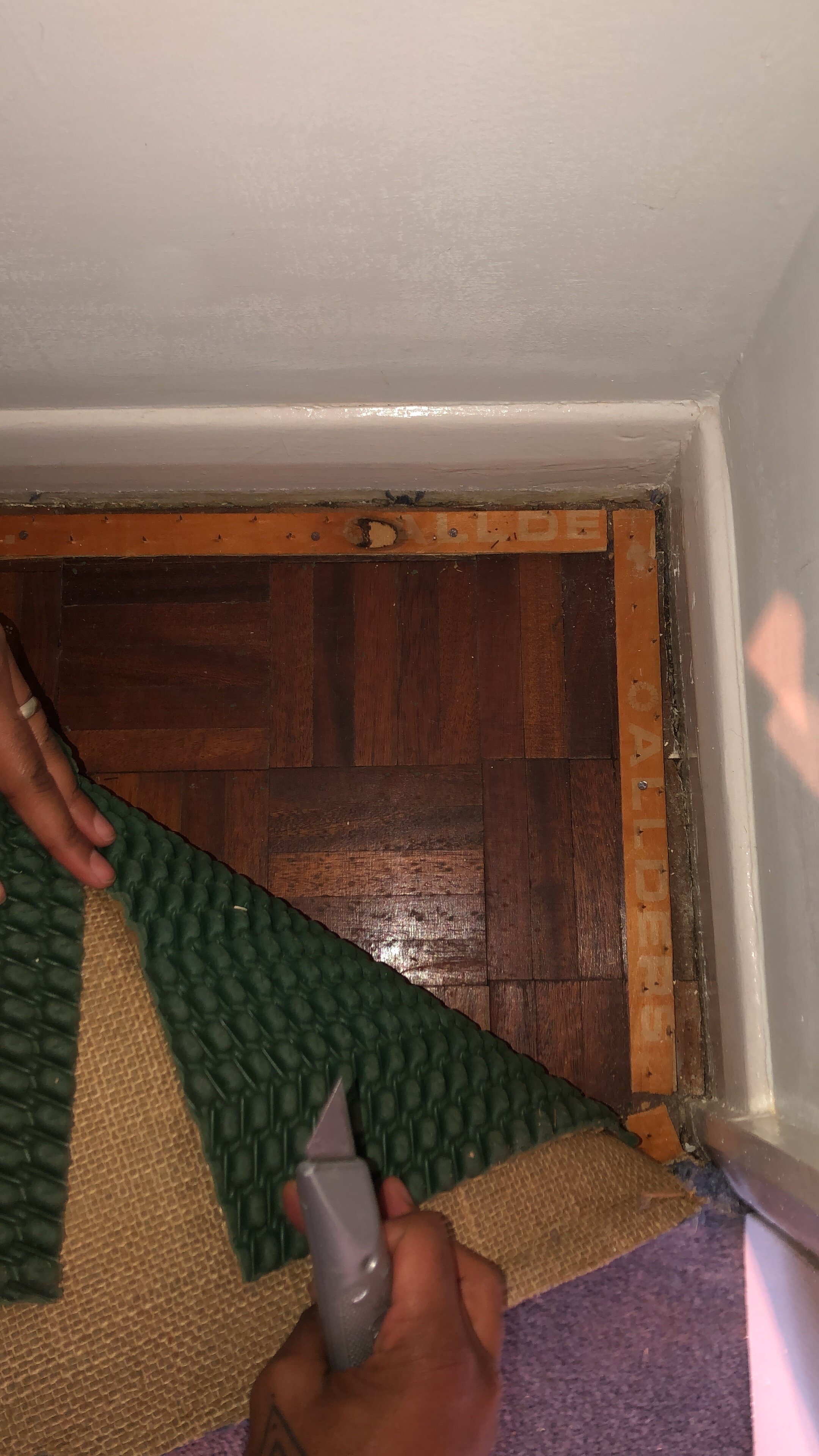 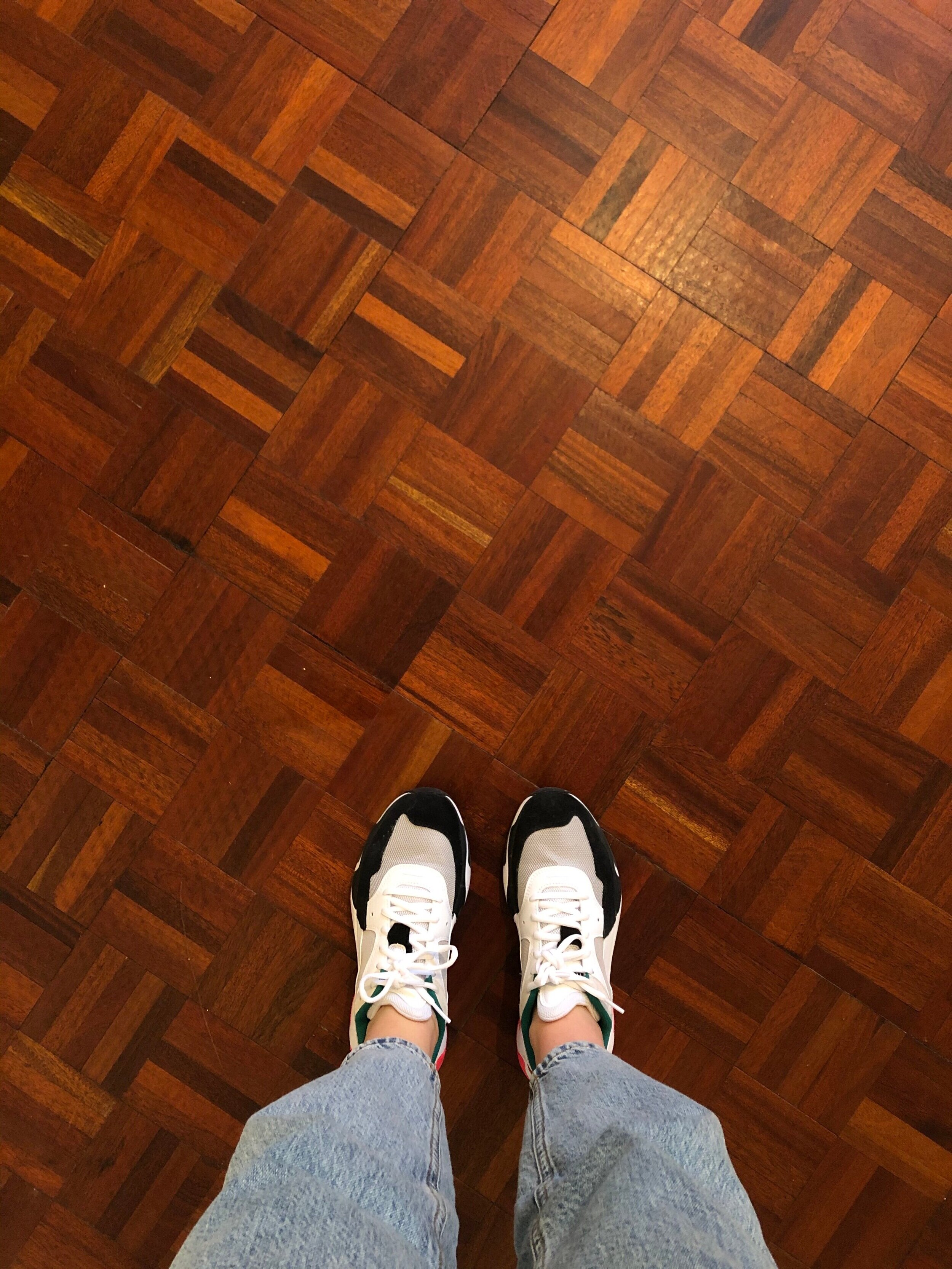 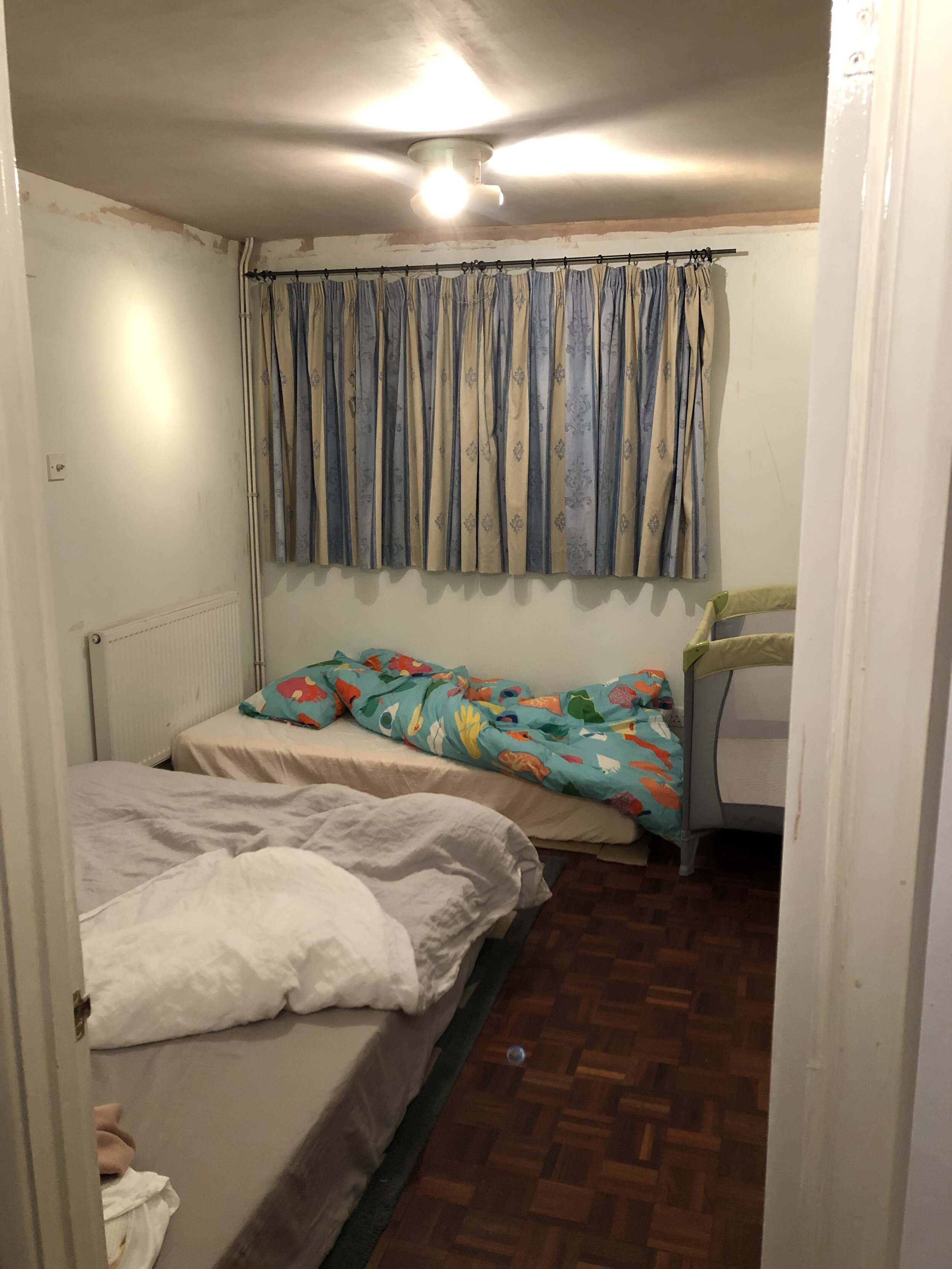 Despite all of this (which I’m sure sounds quite winge-y) I’m actually well fucking excited. It’s chaos, but it’s bloody brilliant.

SO HOW MUCH HAVE WE SPENT SO FAR?

Just under a month, just under 11 grand.

Be back soon with a month 2 update, maybe it will involve some decor! Pray for me!

P.S if you want to stay up to date you can follow me on insta where I post behind the scenes pics and videos. Also if you have any Qs about the reno feel free to leave a comment below or DM me on insta!